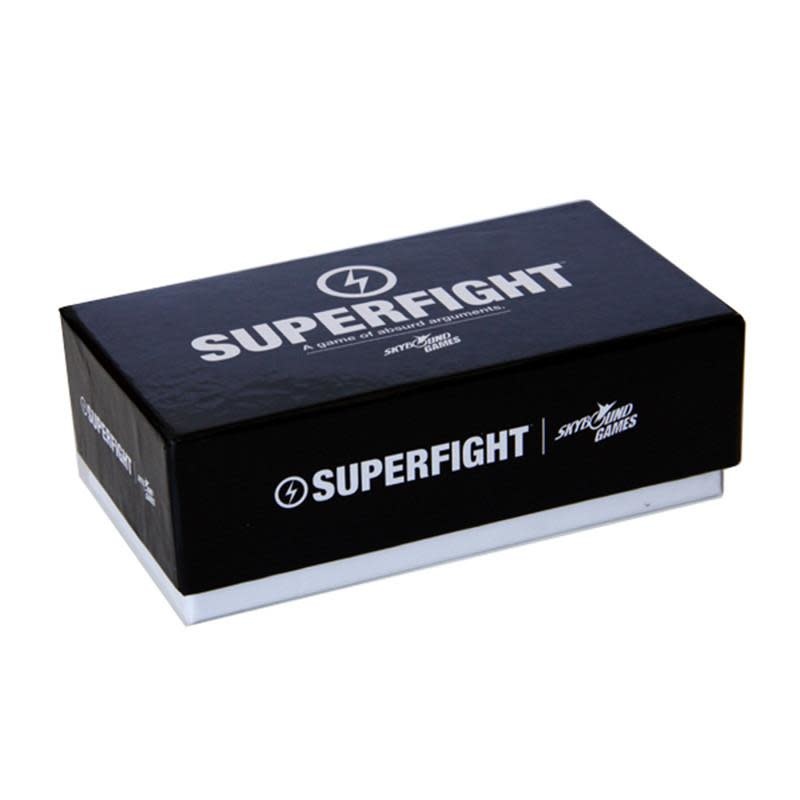 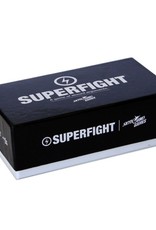 Superfight is a hilarious card game based on fights between characters with superpowers and super problems.

The base game has 500 cards spread between two decks.

One deck contains characters, such as:

And the other deck contains powers and problems, such as:

Players create fighters from these cards, then argue with one another over who would win in a fight!