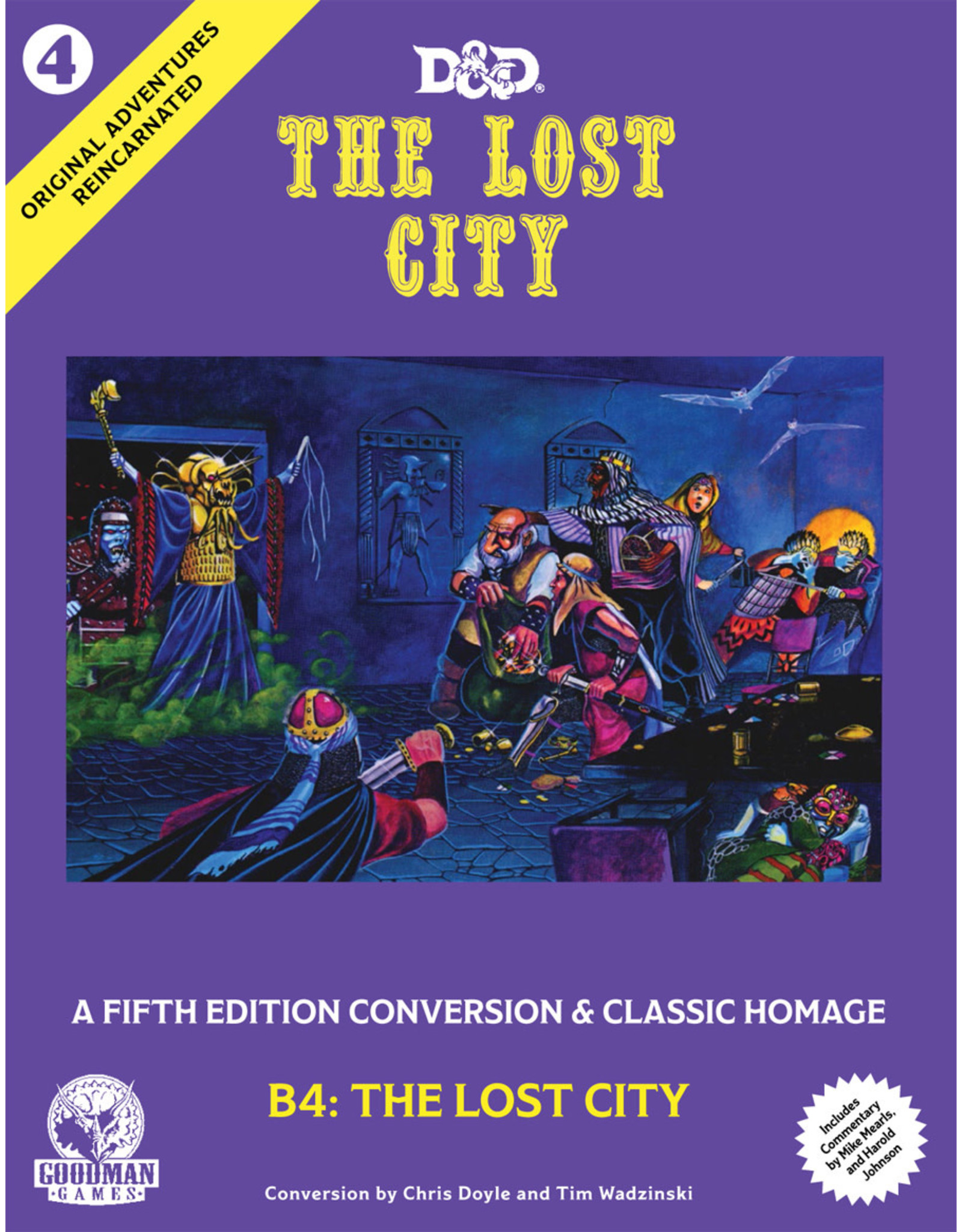 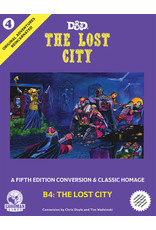 An adventure for levels 1-7

Goodman Games expands its partnership with Wizards of the Coast with the fourth release in the Original Adventures Reincarnated line!

Lost in the sweeping dunes of an expansive desert! Your band, separated from its caravan during a sandstorm, stumbles upon the ancient ruins of a city, mostly buried in the sands. One of the structures, a prominent step pyramid, juts above the sandy wastes, beckoning for exploration. There must be untold riches secluded inside its dusty halls and crypts. But, more importantly, you desperately hope there is water, food, and relief from the unrelenting sun to be found therein. For without those basic necessities, your band will succumb not to some fell beast, but this harsh environment instead. Onward, as all heroes wish to meet their end while swinging a sword or unleashing arcane magic!

So, check your weapons, adjust your armor, and inventory your precious remaining food and water supplies. High adventure awaits in the underground chambers and tiers of a pyramid covered by the sands of time. But what of the peculiar masked humans who rule the upper levels of the pyramid? And what of the dark master that rules these humans from the lower levels of the forsaken halls? An adventure inspired by the classic pulp stories such as Robert E. Howard’s famous Conan story Red Nails….

This tome is an homage to the original dungeon crawl and sandbox setting first explored decades ago as B4: The Lost City. Herein, you will find high-quality scans of the original Basic edition adventure module, plus commentary by a variety of gaming luminaries. This includes an interview with Harold Johnson, the module’s original developer, who also discusses his work on playtesting, Dragonlance, and other TSR titles.

Also, herein is a full fifth edition conversion of the original adventure as well as brand new additional dungeons, such as the fully developed lower pyramid, additional details on the Lost City itself, and the dreaded Lower Catacombs. Although converted for the most recent edition, this material is presented in a distinct early 1980s style, tone, and presentation. This is the perfect setting for a fully playable fifth edition mini-campaign, starting at 1st level and reaching all the way up to 7th level or beyond. 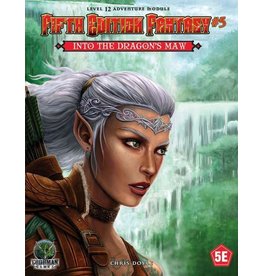 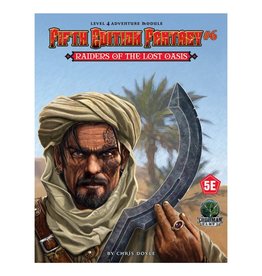 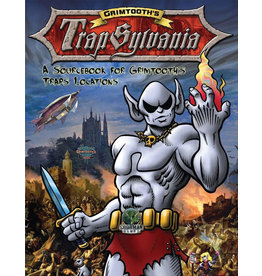