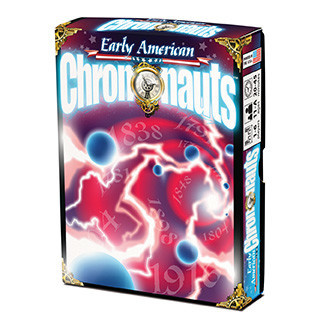 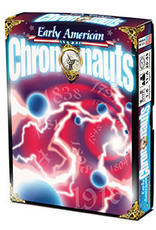 In this game, you are a Time Traveler, with a Secret Mission, a Secret Identity, and a very important job to do: Paradox Repair. You can win by fixing enough Paradoxes, gathering up the three rare and amazing Artifacts listed on your Mission card, or adjusting history in the three ways necessary to allow your character to return to the alternate reality from which he or she originally came. The constant changing of history is tracked by a special layout of 32 cards, called the TimeLine, which functions rather like a game board. The three ways to win provide for several different plot lines and layers of action, but you can also split the game up into two less complicated games: Solonauts (The Solitaire Game of Changing History) and Artifaxx (The Fluxx-style Game of Collecting Amazing Stuff).