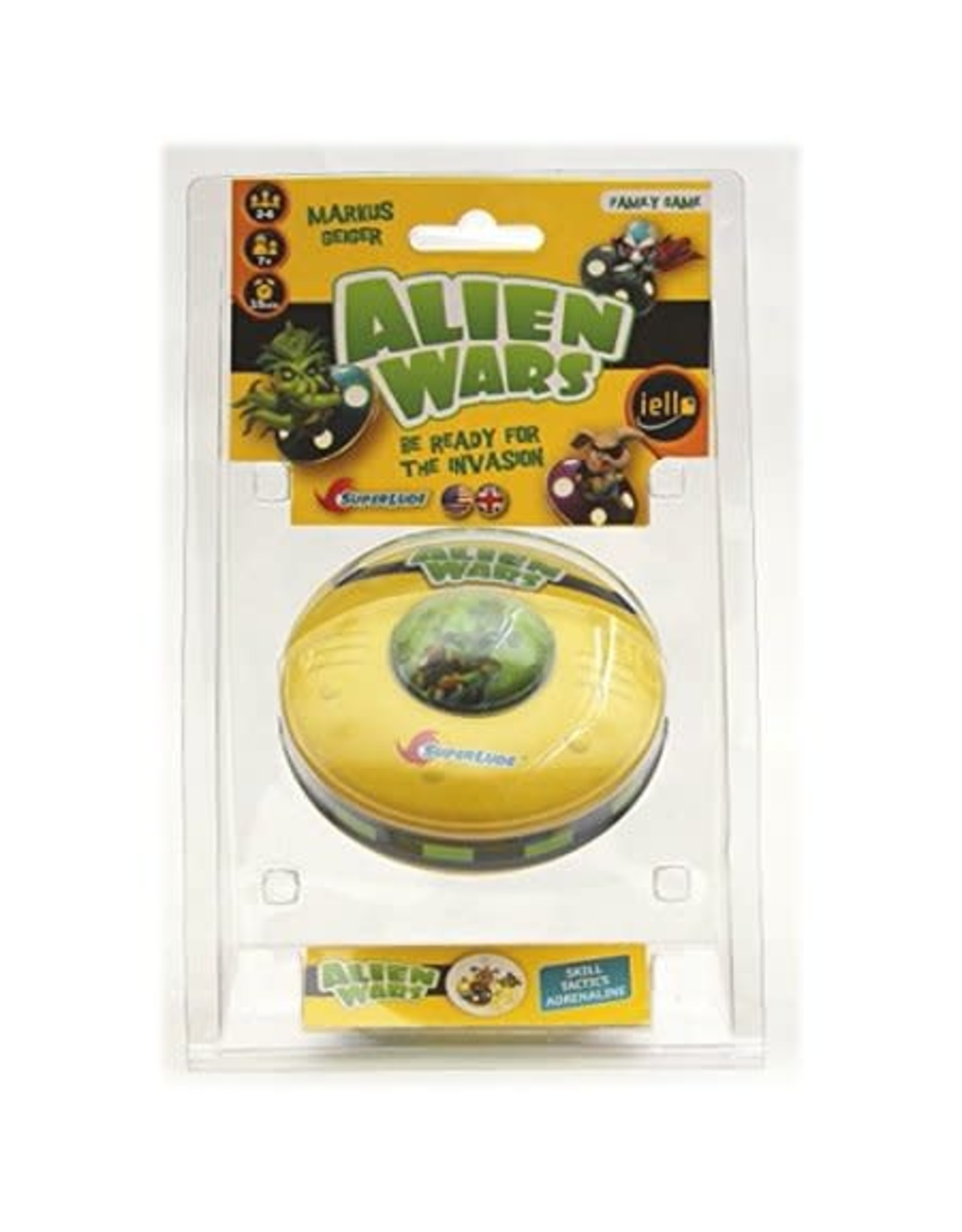 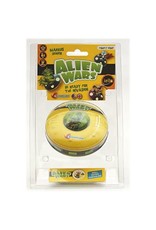 Alien Wars is a fast, card-tossing game in which your goal is to become Master of the Galaxy, and to do this you need to eliminate everyone else from the galaxy. Then you can do whatever you want with the place.

To set up, place the three Nano Minefield cards face down about ten inches apart. Then each player simultaneously places their nine cards face down in the playing area, keeping space between all other cards, while also packing them in as tightly as possible.

On a turn, you choose one card in play and reveal it. If it's...

To shoot, you place your pinky on the active card, then toss your shooting disc with your thumb and forefinger. When the disc lands, you can remove one card it touches from play, revealing it and returning it to its owner. If a player has no cards in play, they're out of the game. The final player with cards in play wins!