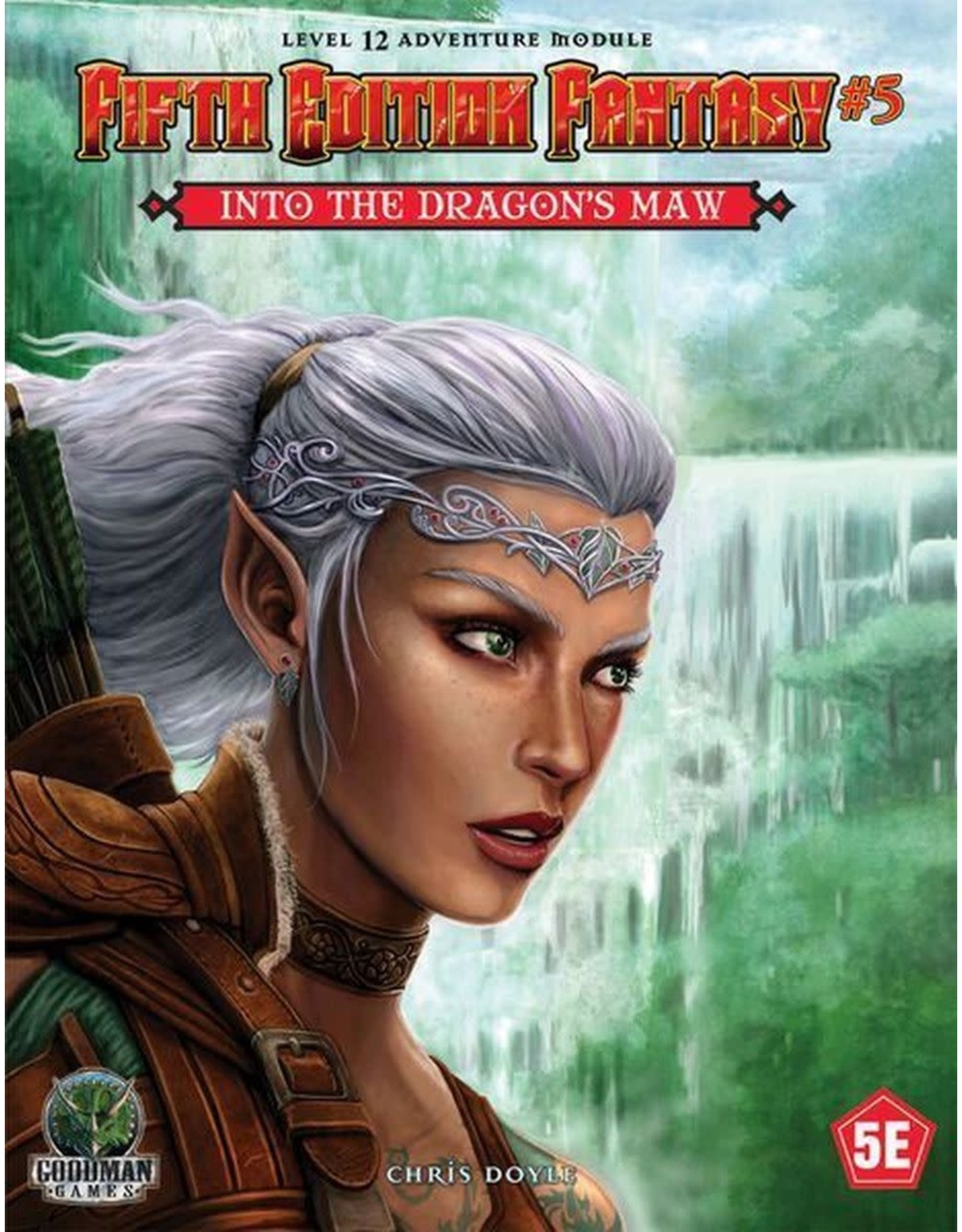 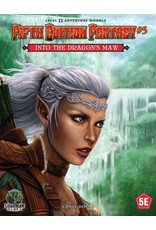 Fifth Edition Fantasy is here! This level 12 adventure module is fully compatible with the fifth edition of the world's first fantasy RPG, and is ready to play in your home campaign! Your stalwart band treks through the trackless jungle seeking the Dragon's Maw Waterfall. At the base of the falls, behind a massive curtain of water, is rumored to be the cavern lair of a great wyrm. The local Xulmec tribesmen say the great dragon has not been seen in nearly 100 years, so perhaps its hoard lies unguarded and ready for plunder. But what role do the heroes play in a blind shaman's prophecy foretold a century ago?
This all-new 5E adventure module includes seven new magic items, and pre-generated characters can be downloaded from goodman-games.com to start playing right now!